I have been watching the protests and riots on social media and the news all weekend like everyone else in the U.S. and people all over the world. I have felt rage at the injustice (and at all those injustices that have come before it). I have felt sadness at the loss of those lives and the loved ones left to deal with it; many whom have never gotten closure at all. I have felt frustration at the lack of compassion by those who have never felt oppression. I’m thankful for the small pockets of happiness shown in the few moments recorded that were peaceful.

But why are we still here, doing this again?

I’m from Alabama. I was born a few years after the marches in Selma and the protests in Birmingham but I’ve heard about them all my life.

As a child, I grew up in a rural area where the local schools were pretty much all white. I went to an all white church, and had no friends that were a different color than me. It wasn’t that I avoided them, I just lived in my one color world. I only knew what filtered through the TV or my family.

When I got out of school, I got a job in Birmingham and half of the department was African American women. I was nervous but soon learned what we all should understand. Skin color doesn’t matter. Everyone has a favorite color. Everyone has food they like and dislike, movies they love and hate, music they dance to or turn off, and hearts that love or get broken.

The difference in skin color did make a difference, though. The difference was I really had no clue what they have gone through and continue to go through on a daily basis. There was one young woman there about my age that I talked to some and she let me ask some truly embarrassing questions. I was so protected by my young white world, I had no idea the oppression was still going on. I thought all that ended in the 60s. I deserved to be told to “check my privilege”.

I’m so much older now but still learning. My son had a precious African American girlfriend for a while and that helped open my eyes to so many things I didn’t see before. I thought she was going to be my daughter in law for a while and the injustices I was reading on the internet suddenly gained new urgency. I will always be thankful for her because my eyes were opened to what I needed to see and I grieve for what she has to experience in her life simply because of her skin color.

I know what you might be thinking and you would be right. It’s pitiful that I didn’t start being concerned until I thought it would affect someone I love. I once had a conversation with her and she told me there was no excuse for people to not know what was happening. She didn’t know how deeply that stung but it was true. It’s my fault, as an adult, that I didn’t understand. That I still didn’t know. It’s my fault I pushed all that to the side because my little world was more important to me. I should have been more active in seeking out what was going on but I didn’t.

I didn’t because I didn’t HAVE to. That’s what white privilege is.

The problem for minorities is that they do have to think about it.  They live it every day.  They don’t have the privilege of ignoring it.

My point to all of this is to say that I don’t ever want to be part of the problem. I know most people don’t but denying or ignoring that there is a problem IS being part of the problem. Just like the cops that stood by while George Floyd died.  Yes, that is dramatic but looking back on the years of this oppression, it’s the ignoring and denying that there was a problem that enabled this to happen.

I don’t want to be silent and let my silence make me an oppressor by default. I don’t want to stay in the shadows when stepping out of them might make a difference.

Why are we still here? We’ve had so many years to overcome this but haven’t. This is only going to change if white people will step out of our bubbles and pay attention. This can’t be ignored anymore.

You can start by admitting there’s a problem. You can step in when you see it happening.  You can pay closer attention instead of ignoring it because it doesn’t affect you.

I’ll end this with the text of a post by a sweet young woman I know who is worried about her white policeman husband during all this. She has a unique perspective everyone needs to hear:

—
As a police officers wife, I’ve not stayed silent thus far because I support the officer that killed George Floyd. It was inexcusable and disgusting.

I’ve stayed silent to process what I’m feeling and why. This week has undoubtedly been the hardest week I’ve experienced as an officer’s wife. I’ve been sad that the environment my husband would be in would be more hostile and unpredictable. I’ve been nervous but hopeful that he would get a chance to prove to whoever he’s out with that he’s a “good one”. And I’ve been fearful of getting a call that he won’t be coming home because someone judged him too quickly based on what he was wearing and his skin color.

There’s obviously nothing I say that will reconcile what is happening in our country, but I can plead with those of you with white privilege to PLEASE sit with your feelings. Think about them and why you have them. If they’re anything like mine, they sound a lot like what minorities feel everyday when leaving their home, or watching their loved ones leave their home. Sad they’re going into a hostile environment. Nervous/hopeful they’ll get to prove they’re a “good one”. And scared they won’t come home because of someone else’s unfair judgment. Recognize it, and use it to empathize and try understand those around you.
— 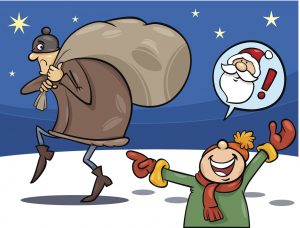 5 Ways to Fix Your Passwords

Ready to Get an Email?